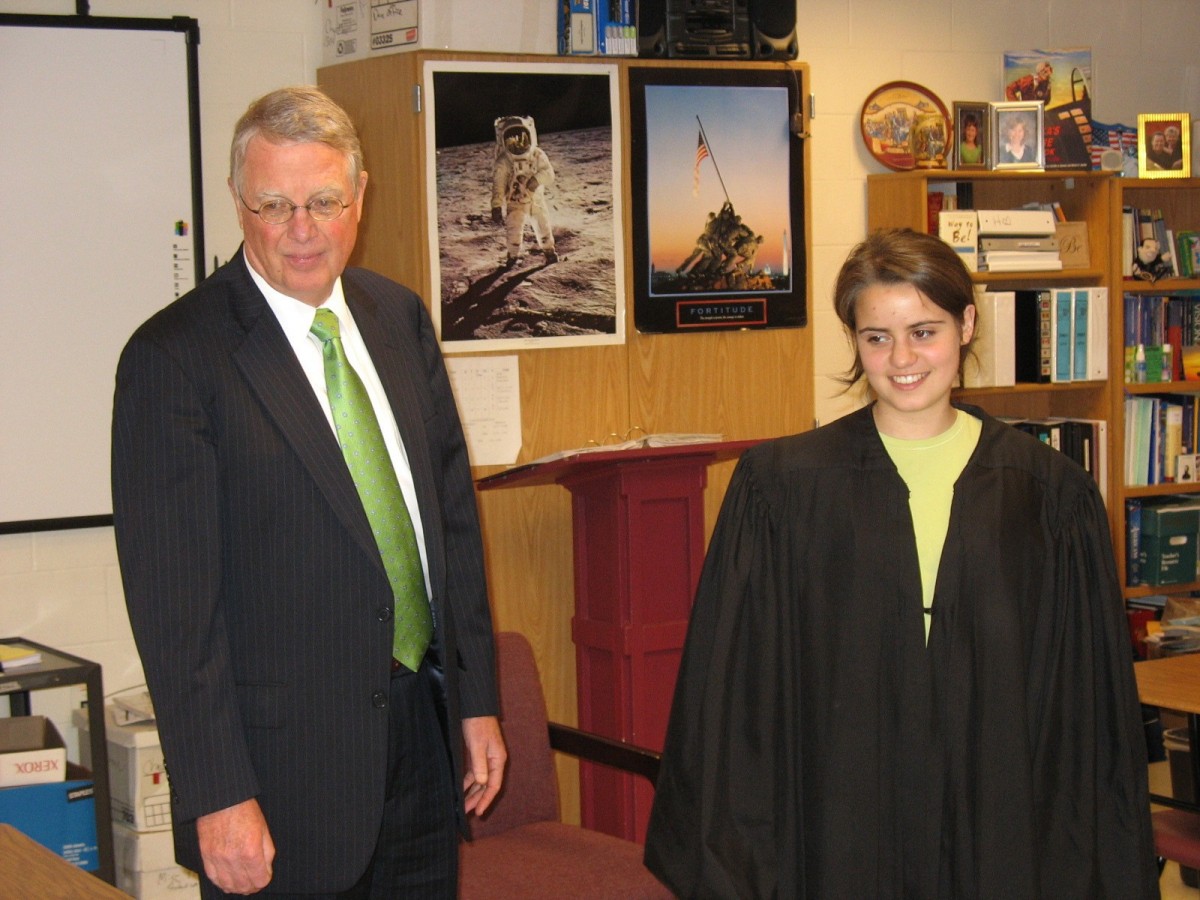 Justice Robert Brown invites a student at Bentonville High School to try on his robe.

On April 24, 2008, the Arkansas Supreme Court traveled to Bentonville, Arkansas, for its spring 2008 Appeals on Wheels event. The Court held oral argument in the case of Benton County, Arkansas v. City of Bentonville, Arkansas, et al., CV-07-394, at the Wal-Mart Auditorium in the Shewmaker Center on the Northwest Arkansas Community College Campus. After the event, the justices visited schools in the Bentonville area.

Links to educational resources, media coverage, and the opinion issued by the Court can be found below.