Decisions:
Available each Wednesday at 9:00 a.m. during the term.

Term:
The term of court usually commences in mid-August and continues until July 4 of the following year. 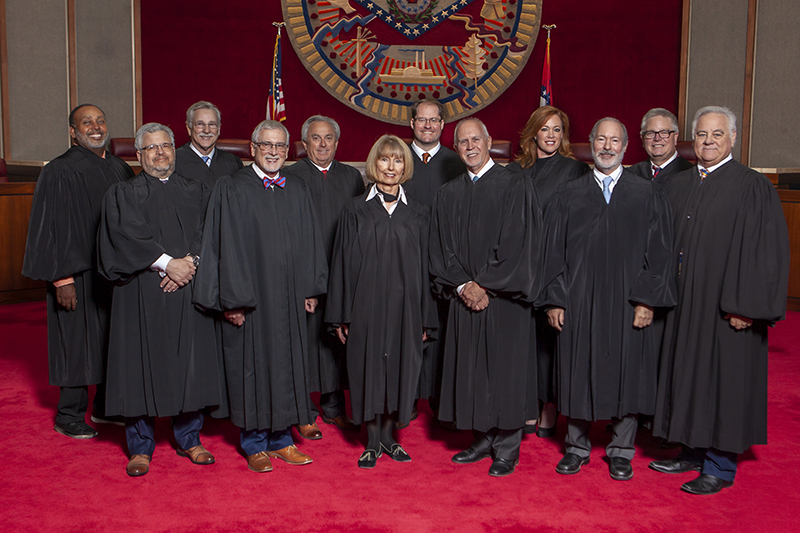 The Arkansas General Assembly was empowered to create and establish a Court of Appeals by Arkansas Constitution of 1874, amendment 58 (approved 1978; repealed by amendment 80, eff. July 1, 2001).

Pursuant to constitutional amendment 80, section 5, judges of the Court of Appeals have the same qualifications as justices of the Supreme Court. Pursuant to Act 1812 of 2003, the State of Arkansas is divided into seven districts for the election of judges to the Arkansas Court of Appeals, and the dates of electing the judges within each of these districts is established.

Opinions of the Court of Appeals issued before July 1, 2009, and not designated for publication shall not be cited, quoted, or referred to by any court or in any argument, brief, or other materials presented to any court (except in continuing or related litigation upon an issue such as res judicata, collateral estoppel, or law of the case); the Arkansas Appellate Reports contain the official published report of decisions of the Court of Appeals issued before February 14, 2009. Ark. Sup. Ct. R. 5-2(b), (c). Every Court of Appeals opinion issued after July 1, 2009, is precedent and may be relied upon and cited by any party in any proceeding; the official report of decisions issued after that date shall be an electronic file created, authenticated, secured, and maintained by the Reporter of Decisions. Id.; see generally In re Arkansas Supreme Court and Court of Appeals Rules 5-2, 2009 Ark. 330 (per curiam). For more information, contact the Reporter of Decisions.

For more information on the history of the courts, see the Arkansas Courts Historical Background originally compiled by William B. Jones, Jr., Reporter of Decisions (1995-2006).