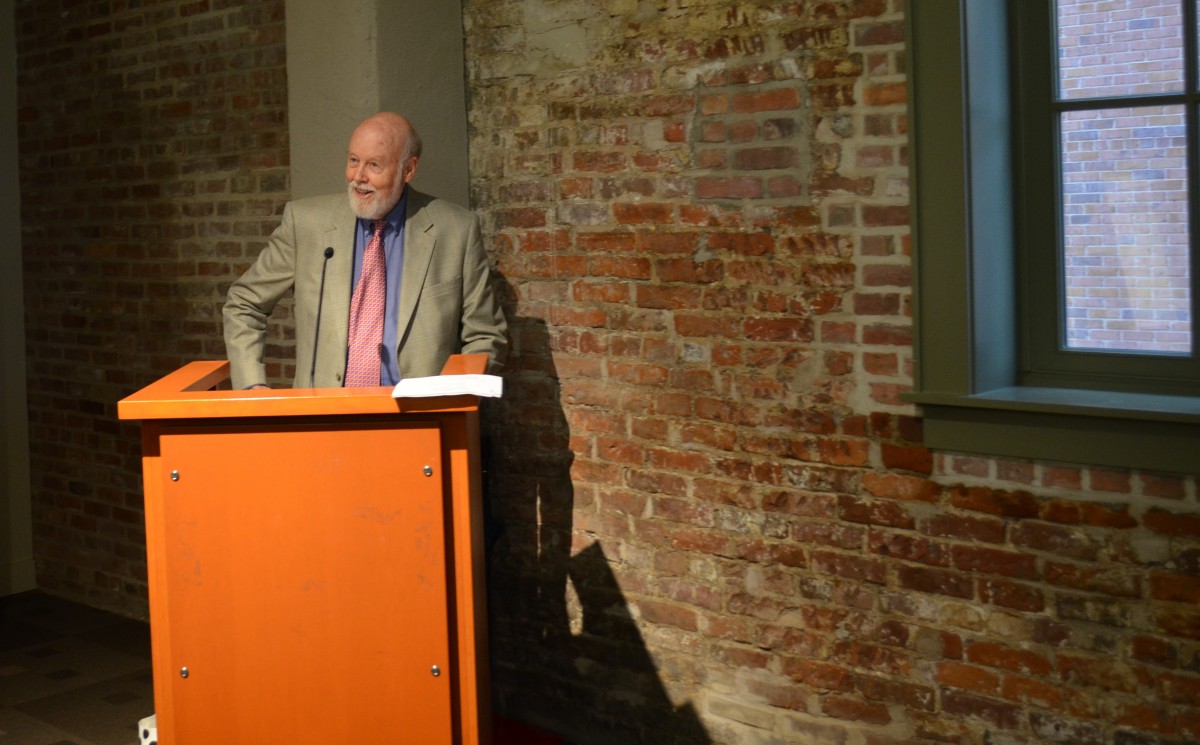 Although the Society’s oral-histories project had been long discussed, it had failed to gain purchase for lack of funds and expertise until January, 2012, when journalist Ernie Dumas began conducting and recording in-person interviews with nearly all of the retired justices of the Arkansas Supreme Court, using recording equipment provided by the David and Barbara Pryor Center for Arkansas Oral and Visual History. The recordings were transcribed by the Arkansas Administrative Office of the Courts, with final editing and approval by the interviewee/former justice. The recordings, transcripts, and related materials will be deposited and preserved forever in the Special Collections Department, University of Arkansas Libraries (Fayetteville). The copyright belongs solely to the University of Arkansas, and the Society. From time to time, interviews with more retired justices will be added.

In Mr. Dumas’s words: “The idea was that the oral histories would show the breadth of life and legal experiences that the men and women, both elected and appointed, bring to the contemplation of justice in appellate courts. They would also give people some grasp of how decisions are made inside confidential chambers, and how men and women of many backgrounds, philosophies and temperaments come together to reach the best justice that is achievable. I think the interviews do all of those things.”

For this accomplishment, the Society is deeply indebted to Mr. Dumas, whose talent, tireless effort, love of Arkansas history and politics, insatiable curiosity, and genuine love of the life stories of his fellow Arkansans, made it happen. On June 18, 2015, the Society honored Mr. Dumas for “excellence in journalism and support for the preservation of the history of the Arkansas judiciary.”